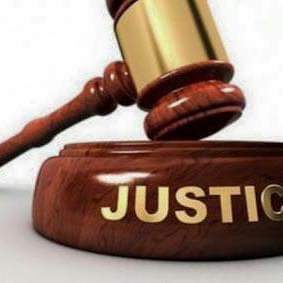 Operatives of the Police Special Fraud Unit, PSFU IN Ikoyi, Lagos have arrested a suspected female fraudster, Ogechi perpetual Ezeoni, 29 and her accomplice, Franklin infeanyi mogekwe,36 for allegedly withdrawing the sum of N14,979,220 from account No. 001 531 0854 and 001 531 0861 belonging to Sterling Bank PLC in Lagos and diverted the money to their use.
A police source alleged that the Commissioner of Police, CP in charge of PSFU, Ibrahim Lamorde directed his team led by SP Joseph Isiaqu to arrest the accused persons following a petition by the management of Sterling Bank Plc.
The accused were charged before the Tinubu Magistrate Court, Lagos on a two-court charge of felony to wit. stealing.
Police counsel, Wewe Adegbayi informed the court in charge No: A/84/2018 that the accused person and other still at large committed the offence between 24 and 28 May, 2018 at Sterling Bank, Sango Ota, Ogun State during working hours.
Adegbayi told the court that the accused connived with others still at large to hack into the accounts of Sterling Bank and fraudulently withdraw the sum N14,979,220 and shared the money.
He said that the management of the bank uncovered the fraud when they audited their account books and reported the matter to the police who tracked and arrested the accused at their hideout.
Adegbayi said that the offences committed were punishable under Section 322 (1) and 278 (1) of the Criminal Laws of Lagos State, 2011.
The accused persons, however, pleaded not guilty to the alleged crime and Chief Magistrate, T. A. Elias granted them bail in the sum of N5 million each with two sureties each in like sum.
Elias adjourned the case till 10 December, 2018 for mention and ordered that the defendants be kept at Ikoyi and Kirikiri prisons Lagos till they fulfilled the bail conditions.

Awori Descendants Union (UK and Ireland) Will Be Hosting The Olota Of Otta In London.