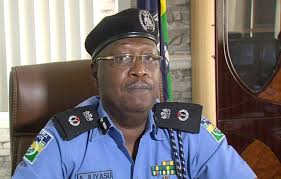 SAGAMU—ITAPRA community in Sagamu Local Government Area of Ogun State has appealed to police authorities to come to their aide following incessant harassment and intimidation by a notorious land grabber in the area.
In a petition to the Area Commander of Sagamu Police Command, Ogun State, the Afariogun family owners of Itapara land alleged that the land grabber has practically chased them out of their land with the connivance of some compromised police officers.
Lawyer to the Afarigun family, Mrs M.A Omotayo stated that despite a judgment of the State High Court, Sagamu, in their favour, the family was still being molested by the suspected land grabber. Omotayo said: ”Our clients’ family, including children, were assaulted, injured and taken to Ogijo Police Station on a trumped-up allegation that they heard that our clients were cultists and that they came to Itapara to foment trouble.
The women and elders were later released while they detained nine of their children. “Those injured were not allowed to make a statement and refused to be given papers to go to the hospital while their phones and money were ceased.
The phones’ memory cards, which contained evidence of the activities of the assault, were removed and destroyed by policemen, all in the presence of the DPO, who later ordered that they be charged to court on Monday (September 3) to cover up the truth and pervert justice.”