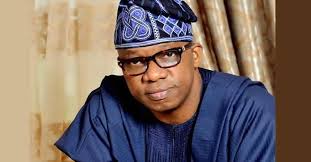 The Chairman of the Parent-Teacher Association in Ogun State, Rev Olusegun Folorunso, has said the association is in support of the N3,700 fee imposed on pupils in the Ogun State Government-owned secondary and technical colleges by the state government.
Folorunso, in a statement made available to our correspondent, said the donation would help the state government in its mission of repositioning public schools in the state.
The statement reads in part, “The attention of the Parent-Teacher Association in Ogun State has been drawn to the information being circulated on social media on the PTA donations in our public schools. The PTA is a school-based organisation with a mission to assist the government in achieving its mission in the running of our public primary and secondary schools.
“We must state emphatically that we have always identified with any administration in power regardless of the political party at ensuring unimpeded growth and development in the sector no matter the sacrifice. To us, education is a launch pad for any meaningful socio-economic and political development.”
Folorunso added that the state government could not afford to fund the education sector alone and that the association was the promoter of the content of the circular issued by the state’s Ministry of Education, Science and Technology on the compulsory donation.
The Ogun State Government had, in a statement, dated August 27 by the Director of Education (Secondary), M. I. Akinsolu, on behalf of the ministry’s permanent secretary, ordered parents and guardians of students in its public secondary schools/technical colleges to pay a compulsory donation of N3, 700 on resumption of the 2019/2020 academic session.