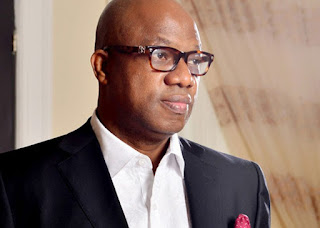 The governorship candidate of the All Progressives Congress in Ogun State, Prince Dapo Abiodun,  has rejected  Governor Ibikunle Amosun’s loyalists’ conditions for peace in the party.
Abiodun,  who spoke with Ogun NAN through his  Campaign  Director-General,  Segun Adesegun,   said  the conditions  must be in conformity with   Nigerian Constitution, the APC constitution and the Electoral Act.
Abiodun was reacting to the demands made by  Amosun’s loyalists  during a meeting with a delegation of the APC  Presidential Reconciliation  Committe, led by a zonal coordinator of the  panel, Sandra Oladele.
The panel   on Saturday   held   a closed-door meeting with  all the 26 candidates who were declared winners in  the  APC’s  primaries   on October 7  by the National Working Committee Primary Committee, but  their names omitted from the final list.
Addressing the committee on behalf of  Amosun’s loyalists, the state Chairman of the party, Chief   Derin Adebiyi, who was represented by Ogun Central  Senatorial   District, Chief Yomi Ademefun, said the only solution to the crisis was for the NWC to return their “stolen mandates”.
Other demands are  a declaration of  Adekunle Akinlade  as the authentic APC governorship candidate and the  recognition  of  the results of the state assembly primaries that produced  the 26  candidates for the state legislature.
But Abiodun said  he was not satisfied with   the demands.
He stated,  “The constitution stipulates who can contest. The party’s  constitution stipulates  the process of the primaries and if there are issues, how they will be resolved. The Electoral Act stipulates  the time frame to submit the list of candidates.
“Whatever  anybody is saying should fall within the laws. We talk to each other. We are in the process of reaching out to them. Even if they bring any demand, we cannot say they should get out; we will tolerate each other.”

Ogun West ready to take over from Amosun in 2019 – Salako