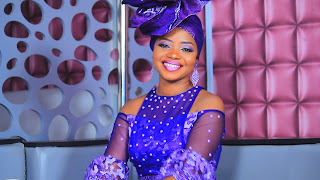 Adeola Ogunsanya is a singer, actress, a tv presenter and an entrepreneur.  She hails from Okene in Kogi state, she’ s a graduate of transport planning and management in Olabisi Onabanjo University.  Amin made waves on tv and cable stations after the shoot of the Video.

She has recorded several other songs,  amongst are, F’iyin fun, Aiye, Isun kan and many more since then. ‘Deola is blessed with the arts talents as she’s also a prolific actor who interprets role efficiently. She has acted in flicks such as Lifeline, Eti, Okete, Eeku Ida, Sababi, Ayanfe mi, to mention a few. She also anchors a Tv Show titled D Deola Show on gotv.  ‘Deola is married to the Bimbo Ogunsanya who is a film director and a cinematographer and they are blessed with 3 wonderful children. 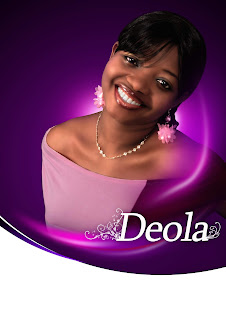 Deola is set to drop new music
“Amin” is a song of hope and encouragement. It gives inspiration as it reveals the ever faithfulness of God and His enduring mercies. The lyrics emphasized on how God has never and will never fail.
“F’iyin fun“  means Praise Him.  It’s lyrics is full of the praise of Jesus as our Redeemer and Savior. It’s a solemn  hymn song that has been recomposed into hip hop rhythm by the singer.

4 thoughts on “Meet Adeola Ogunsanya A Singer, Actress, And A Tv presenter.”