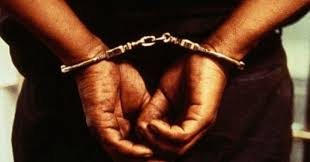 A 35-year-old man, Adekunle Aiyegunle, was on Thursday brought before an Ota Magistrates’ Court in Ogun over alleged rape of a minor.
NAN reports that Aiyegunle, who lives at Odediran area of Iyana-Iyesi in Ota, is facing a charge of rape.
The Prosecutor, Sgt. Chudu Gbesi, told the court that the accused committed the offence on Oct.17 at about 10.30a.m at his residence.
Gbesi said that the accused raped a 4-year-old girl (name withheld).
He said that the accused was caught in the act of committing the offence by his neighbour, who reported the case at Onipanu Police Station.
Gbesi said that the offence contravened Section 360 of the Criminal Code Vol. 1, Laws of Ogun, 2006.
The accused, however, pleaded not guilty to the charge.
The Senior Magistrate, Mr G. E. Akan, granted bail of N200, 000 with two sureties in like sum to the accused.
Akan said that the sureties must reside within the court’s jurisdiction and be gainfully employed with the evidence of tax payment to Ogun Government.
The case was adjourned until Nov. 5 for further hearing.

Skill and Talent Academy Kicks off in Ota, Ogun State

Alake to Olota: I’ll continue to install Obas, Baales in Gbalefa Peninsula, others