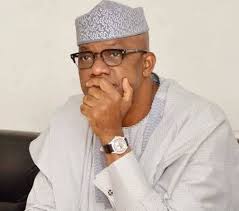 It is now a convention in Nigeria’s evolving democracy for government at all levels to celebrate 100 days in office. Ogun State is not an exception. Today, September 6, the new administration of Governor Dapo Abiodun will perform the ritual ceremony. Coming at a time when the economy of the country is on a downward trend, the government has no doubt had its own share of the financial challenge.

But learning from elementary economic theory of scarcity, the governor has been able to strike a balance between the competing needs of the people and the available resources at his disposal.