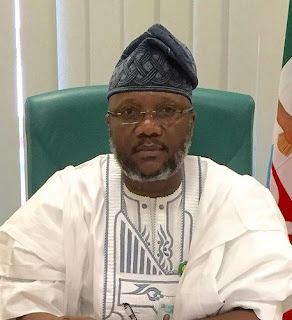 Adekunle Akinlade, a member of the House of Representatives (Yewa South/Ipokia Federal Constituency), has been declared winner of the governorship primaries in Ogun State All Progressives Congress (APC).
Akinlade had been endorsed by Ogun governor, Ibikunle Amosun.
Making the declaration on Wednesday at the APC State Secretariat in Abeokuta, Chairman of APC in the state, Chief Derin Adebiyi said Akinlade polled the highest number of valid votes in the primaries.
The result of the primaries showed that Akinlade scored 190,987 votes, leaving Jimi Lawal in a distant second position with 5,046 votes, while Dapo Abiodun garnered 3,648 votes.
He was trailed by Abimbola Ashiru with 898 votes, Adegbenga Kaka with 833 votes and Abayomi with 208 votes.
Adebiyi said: “In compliance with the constitution of our party and the guidelines released by the National Working Committee (NWC) All Progressives Congress, the Ogun State chapter had constituted local government and ward election committees that conducted the primaries in the 236 wards of the state.”
“The Election Committee from the National headquarters of the party in Abuja directed that the governorship primaries should be held on 2nd October 2018 which prompted the closure of all primary and secondary schools by the state government for the exercise.
“Therefore, the governorship primaries were conducted and monitored by the relevant agencies”.