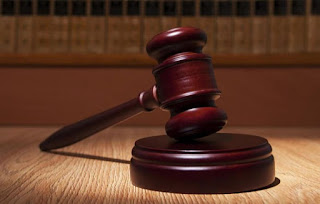 A 39-year-old man, Chucks Ezugwu, was on Friday brought before an Ota Magistrates’ Court in Ogun State for allegedly collecting 100 bags of rice valued at N1.3 million under false pretense.
Ezeugwu, who lives at No. 4 Daniel St., Iyana-Ilogbo, is facing a three-count charge of stealing, fraud and obtaining money under false pretense.
The Prosecutor, Sgt. Abdulkareem Mustapha, told the court that the accused committed the offences on Nov. 9, 2018, at about 9.00 am in Sango-Ota Complex.
He said that the accused collected 100 bags of rice valued at N1.3 million under pretext from one Augustine Obiagwu.
“The accused converted the money to his personal use instead of fulfilling the agreement between the two parties,” he said.
Mustapha said that the offences contravened Sections 390(9), 421 and 419 of the Criminal Code, Laws of Ogun, 2006.
The accused, however, pleaded not guilty to the charges.
The Chief Magistrate, Mr Mathew Akinyemi, granted the accused bail in the sum of N600,000 with two sureties in like sum.
Akinyemi ordered that the sureties should reside within the court’s jurisdiction and be gainfully employed with evidence of tax payment to Ogun State Government.
The case was adjourned until Feb. 4 for further hearing.

The Olota of Otta Oba Prof Adeyemi Abdukabir Obalanlege was present at the Second Anniversary Lecture of Penpushing Platform at Abeokuta, Ogun State.