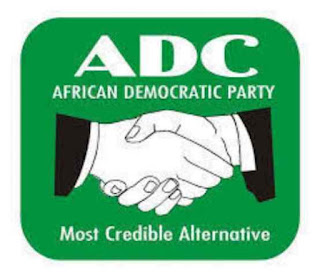 The African Democratic Congress (ADC) in Ogun State has disclosed that over 500 people defected to the party from the Peoples Democratic Party (PDP), All Progressives Congress (APC), Accord Alliance (AA) and Social Democratic Party (SDP), among others, recently.
Chairman, Ogun East Senatorial district of the ADC, Hon. Ladi Odujirin, during the inauguration of the district office at the weekend in Ijebu-Ode, said that the “new converts”, who held key positions at the grassroots level in their former parties, were disenfranchised by some power brokers.
The defectors, who were received by the state chairman of the party, Dr. Gbolade Osinowo, at the event, were ward executives and mobilisation leaders across 15 out of the 20 LGAs in the state.
He said, “The politicians defected following the ongoing crisis, division and dwindling fortunes of their former parties, which, according to them, might affect the parties from winning elections in 2019. They have expressed belief in the ideology of our great party and willingness to work with our governorship candidate, Prince Gboyega Nasir Isiaka, popularly known as GNI.
“Aside from the 500, we have also received over 400 other politicians, including a member of Ogun House of Assembly, Mr. Jimi Otukoya, from PDP-Ijebu North East, among others, in the last one month. The politicians understand the tide and decided to be proactive by positioning themselves in the party ahead of the 2019 general elections.”
Coordinator of the defectors, Ms. Bisi Ikuforiji, popularly known as Opelenge, expressed appreciation to the leadership of ADC in the state as she lauded the warm reception given to the members of her group.
She said, “We are delighted to be associated with ADC as it appears to be the only third force that is destined to overthrow the ruling party in Ogun State. We joined the new party because we observed fairness and transparency in its processes; unlike other major parties where vote-buying has been the order of the day.”